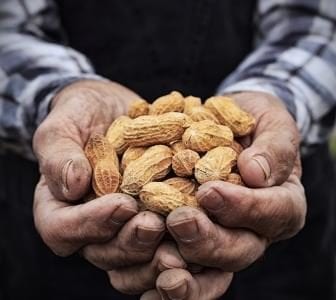 The INC reported last month at its annual conference that it expects the 17/18 global
peanut crop to come in at 42.3Mmt (in-shell), a 0.8Mmt increase from last year. However at
the same time it expects consumption to increase year on year too.
The harvest in Argentina is moving at a very slow pace as farmers have been plagued by
wet weather over the last few months. It’s thought that the crop has now been 95% dug,
with the harvest at 20-25% complete. The condition of the crop is still considered good and
although there may be some losses from flooding the crop is expected to be larger than last
year. That being said, prices will likely remain firm over the next few months as buyers rush
to bring in the new crop. There is also a heightened chance of frost damage now that
harvest is moving into the colder months.
The market will be keeping a close eye on the progress of the US and Chinese crops,
where planting to date is progressing well. If these origins produce the crops that they’re
expected to, you would think peanut prices would come under pressure towards the end of
the year.